The Ghost Runner: The Tragedy of the Man They Couldn't Stop 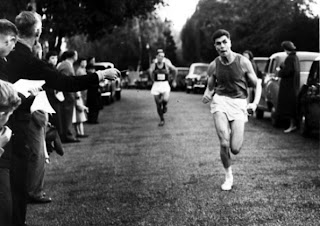 John Tarrant was the ultimate running bandit: a man who obsessively loved to run, yet was denied the opportunity to officially participate in the sport he loved so much.  So he ran unofficially without a race number and the media soon dubbed him "The Ghost Runner." He was good too, Good enough to win major races and to be a man with dreams of participating in the Olympic Games. I didn't know anything about this book The Ghost Runner

of the recently released book. I am not sure many people, particularly here in America, have ever heard about this amazing runner, and there is a reason for that. 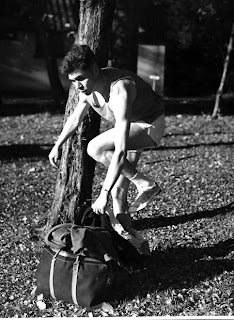 While a young man in 1950's England he had tried his hand at boxing and took a measly £17 in payment. For this minor infraction (and the fact that he naively reported it), he was not allowed to run as he was no longer an "amateur" athlete. No matter how hard he tried, he could not get the "powers" to be to let him officially run, so he became the "ghost runner" sneaking into races and running without a number or official recognition. Whether he won a race or not, he was ignored and never entered into the results. John had Olympic ambitions, and when the British officials finally relented and allowed him to race in England, they would not let him represent England in any race outside the country and put the pressure on other countries so that he could not participate as an official runner when he came to run races in America and South Africa. So, he remained a "ghost runner' again as he raced in those countries. 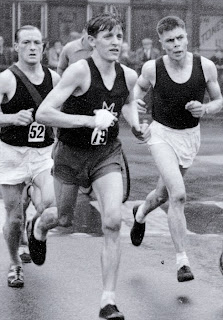 John did set two world records, one for 40 miles and another for 100 miles, as he became a marathoner and eventually an ultramarathoner. The story tells of his upbringing in England and is as much a story of a man railing against "the man" as it is a story about running. John was born in 1932 and eventually due to the war and his mother's illness he was sent to a children's home home with his beloved younger brother. It was an unhappy experience and one that formed his attitudes towards life.  It is also a story about the impoverished working class life of post war England. Points were also made about the divisions between the working class athlete versus the educated upper class "amateur" athlete that was prevalent at the time. 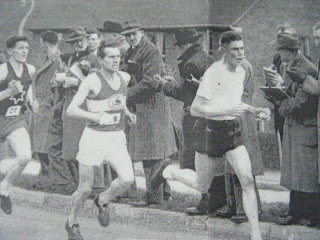 John's fury over his circumstances and his single minded hard-core devotion to running does not always make him a pleasant character. He virtually leaves his wife and son to live a life of poverty and loneliness as he seems to have no other goals and ambitions outside of running. But his goals and ambitions are laudable as I can't think of many, if any, athletes who would put up with his lot in life without giving up. He becomes one of the best ultra runners in the world and won the London to Brighton Ultramarathon twice and traveled to South Africa to race and try and win the the Comrades Ultramarathon. In South Africa he formed a kinship with Indian and Black runners, who also where not allowed to compete in Comrades due to apartheid. He even went on to run in a "mixed race" ultramarathon as the only white runner the first year, playing a small part in the breaking down of racial barriers in South Africa. The book tells of his devoted and long-suffering wife and his relationship with his brother, who seems to be a conspirator to get him into races.

Here is a video of John Tarrant winning the second of his two London-Brighton races in 1968.

There are many tragedies to John Tarrant's story. Certainly, he pursued his dreams with uncommon optimism and dedication, despite the ridiculous ban on his competing in races. He lived simply and cared for little: work, possessions, or a normal family life. He received much sympathy and support from other runners and the newspapers of his day, but ultimately never received the honors and recognition that he deserved and so desperately wanted. 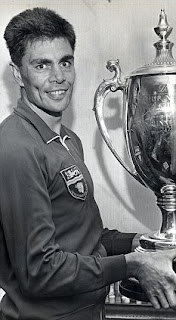 The book makes an interesting read, telling about the transition of running and sport from the formal "amateur" "Chariots of Fire" athletics of the prewar world to the coming running boom of the 1970's and the professionalism of the 1980's. Sadly, John Tarrant never saw those days as he died from cancer at 42 years of age in 1975. An astute observer of the sport would pick up a few names mentioned in the book. Harold Abrahams, the 1924 Olympic Champion in the 100 meter sprint as depicted in "Chariots of Fire" is one of the British officials who at first sympathetically started the process of allowing John to officially race in England, but who later helps stand in the way of allowing him to run in other countries. Runners from the 1970's will notice the mention of American ultramarathon runners Tom Osler and Ted Corbitt as well as a young Ron Hill. Chris Brasher, a pacer for Roger Bannister's sub 4 minute mile, also turns up as the person who helps John Tarrant get his autobiography, also called "The Ghost Runner" published. Brasher was also one of the co-founders of the London Marathon. 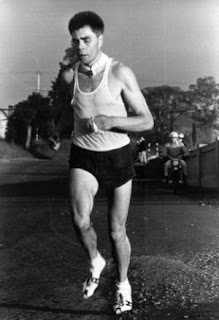 All in all it was a fascinating read. I also think the story would make for an interesting movie- if a director could delve a bit more into the human side of John Tarrant. It was not written for runners necessarily, as I think people outside the running world would be intrigued by the conflicts presented to John and his single-minded devotion to sorting out the wrongs given to him by the authorities. He was an uncommon character in an unjust world.

John Tarrant's photo was on the back cover of the 1971 Runner's World Pictorial Booklet of the Month. Frank Shorter made the cover. 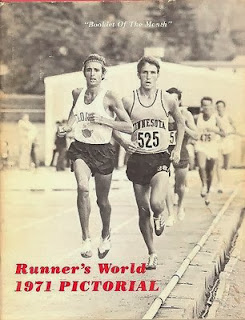 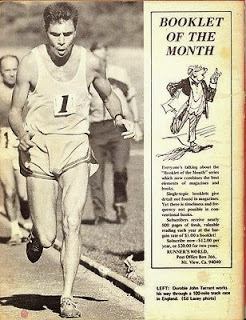