Back When You Had to Really Qualify for Boston 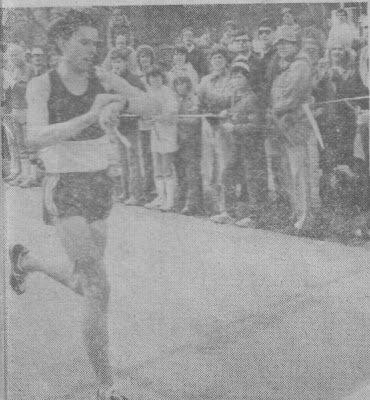 Jeff Milliman may have finished first, but he did not "win" this marathon!
Qualifying for the Boston Marathon is a worthy goal for many dedicated runners. Some people never are fast enough to get a coveted number. However think about the qualifying times back a few years ago. There was a point where you had to break 2:50 if you wanted a spot on the starting line in Hopkinton.

I first decided I would one day run the Boston Marathon when I was in third grade. My parents wouldn't take me to the start to let me run, so Amby Burfoot won instead. Running my first Boston Marathon was not going to be an easy task. I ran my first Marathon in 1977 but it took seven more tries before I broke the 2:50 barrier. I got a few low 2:50's in and even a 2:50:07 (I did slow down after running into a parked car with one mile to go and then took a wrong turn with less than 50 yards to go in that one). It wasn't until April 26, 1981 that I finally broke the 2:50 barrier. 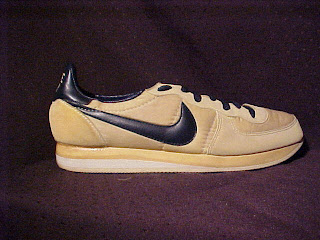 It was at the first Annual Lake County Heart Fund Marathon in Illinois. I was in college and my cross-country coach, Jim Whitnah, and I traveled to run the race. I remember it as a point-to-point course with a steady headwind at many points along the course. I ended up in 19th place out of over 1000 marathoners. My time was 2:48:36 so I was happy that I finally qualified and would get to run in Boston the next year. The bottom of my feet were burning up the last few miles from the new Nike Mariah racing shoes I had bought just a day or two before. These were the first racing shoes with Nike Air inserts and they were just being brought to the market. They were great shoes but they always got too hot on the bottom of my feet during a marathon. I ran about 8 miles to buy them from the garage of a shoe salesman named Dick Pond. He now has a big shoe store named after him. Coach Whitnah came in 3rd place overall in about 2:32. However like in another marathon I had competed in, choosing a winner in this race was a bit controversial (or at least it presented a dilemma for the race organizers). 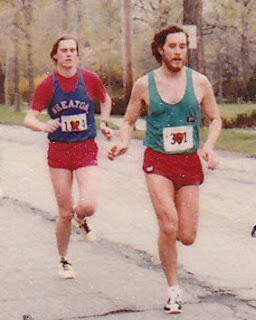 The first person to cross the finish line was Jeff Milliman from the Div. 3 running powerhouse North Central College. It seems that Jeff who had the previous fall won the Div. 3 Cross Country National Championships (my teammate Dan Henderson had won a year earlier) had decided to run the race as a training run with teammate Dan Skarda. Skarda stopped running at the 13 mile mark where Milliman took the lead. Unfortunately both runners had never officially entered the race. Milliman crossed the line first in 2:22:59. He was not declared the winner. The official winner finished 30 seconds later. He was Ray Hintz and he who "officially" won the race in 2:23:29. 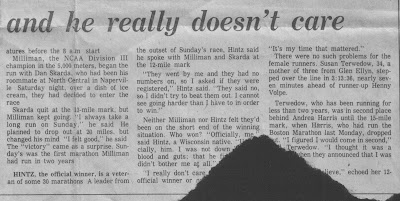 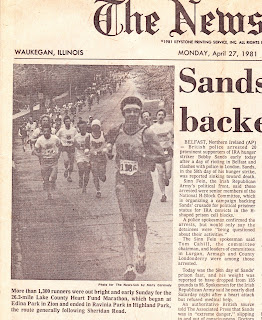 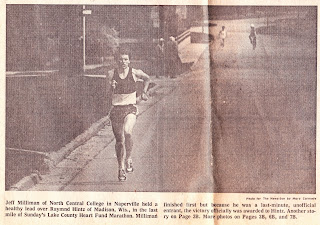 Funny, those are the same racing flats I wore in 1980 to run 2:54:24in my first marathon. I loved those shoes. I couldn't run that fast now even if my shoe were on fire!

Dan,
The Air Mariah were one of my favorite Nike racing shoes. I also liked the American Eagle and the Nike Eagle. I only had one pair of each of those. There are good photos of these shoes here: http://www.juanjosemartinez.com.mx/zapatos.html
Jim

What a coincidence, I was in that race also wearing a brand new pair of Mariah's attempting to run my first marathon. I was used to racing without socks and the burning sensation you mentioned and the bloody blisters caused from new shoes not broken in caused me to drop out in Fort Sheridan at about 21 miles. At least that is what I tell myself now forgetting the fact I went out way too fast considering it was my first marathon. I never attempted another marathon.

Always blame it on the shoes, Doug! That is too bad it was your only try at the distance. I loved the Mariahs, but other shoes never gave me that burning sensation.