These videos make up a 4 week/ 4 video postural realignment program that is found on Breaking Muscle and contributed by Maryann Berry. Maryann is someone who has fully recovered from the chronic hip pain in her twenties which put her in a wheelchair. She uses an exercise technique called Posture Alignment Therapy, These exercises remind me sometimes of Egoscue. I started this program on week one, but stopped doing it because my si joint was real sore. I got a Serola Sacroiliac Belt

last week and it is feeling better, so I am ready to start the program again. There is a video for each week of the program and you can find more directions for each week's exercises here. I have been following the videos each week as Maryann makes them available online and it looks like a well-thought out program. 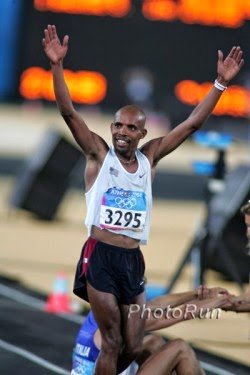 Here is a new video where Meb recounts the Olympic Marathon in which he won the silver medal in Athens. While watching this video, I noticed for the first time the number that Vanderlei de Lima was wearing when he was attacked by psycho man as he was leading the race. Let me now reemphasize something that I found out, just like Venderlei did: 1234 is not a lucky number. 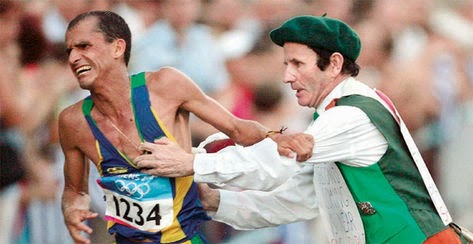 Posted by Jim Hansen at 9:36 AM No comments:

New Pathways back to Running: si joint dysfunction and Prolotherapy? 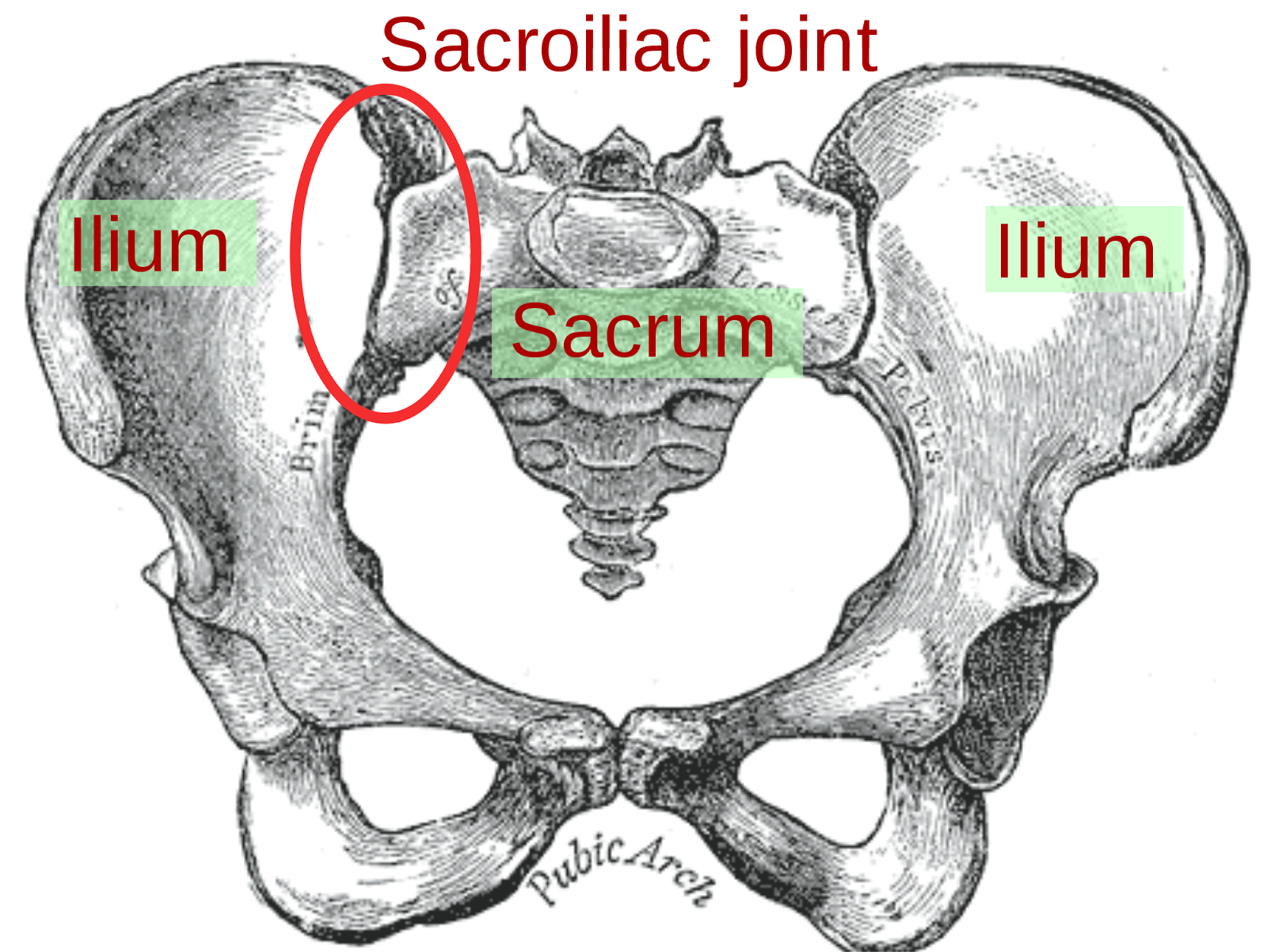 I have given up on running. I have never been able to figure out what is going on with my hip post labral tear surgery. Last year I only ran a total of 88 miles (most of those during snowshoe races). I did not run an actual running race for the first time since I started running in 1973 and decided it was not worth it to do more snowshoe racing this year knowing that after each race, I would spend a few days with my hip area all beat up and uncomfortable. I have read everything, tried everything, and have found nothing really helps that hip area: strengthening, mobilizing, or rolling things out, PT, doctor, and injections have not been helpful either. I say my hip is sore, but it really is not the hip socket, but everything connected to the hips within and without.

I have even been feeling uncomfortable riding my ElliptiGO. I am getting my rides in indoors this winter, but my hips always feel rotated or off level. Before Thanksgiving I was really off and sore in the sacrum area. I again researched ways to fix a stuck si joint. I worked on some self mobilazations,I found that were way beyond my flexibility, but low and behold a heard a pop and then everything calmed down for me.

I started getting more discomfort in the si joint after a few weeks and kept trying to work through it. I decided to research more and it hit me quite clearly that what I have been fighting is an si joint problem. The more I read, the more it made sense and everything I read about the symptoms matched me totally. There are methods that can pop a stuck si joint back into positions,, but the problem that people have is that the ligaments connected to the si joint get stretched and don't stretch back, thus chiropractic adjustments can make things worse.

One method that claims to fix this is something called Prolotherapy. I certainly have read about this before and found comments I made (TDF) on running message boards about this from back before my hip surgery. I had ignored it, because it considered experimental and insurance does not cover it. Basically, they inject a sugar type solution into the ligaments and that is supposed to stimulate recovery. It seems to work well with the si joint and tightens up the ligaments and making the joint strong again.

I am in the process of trying to get an appointment with a doctor for this and then I will have to see if it is for me and if it is even something I can afford.

Update: I have an appointment at the end of March with a doctor that specializes in this at the same clinic that I had my hip arthroscopic surgery. Surprised that the doctors, physiatrists, and PT people that I saw there didn't mention this, but maybe they were just focusing in on the hip.

Here is how it makes sense to me. I always had an awkward running stride, but I made it through high school and college running with no problems except my knock knees and  weird stride (due to femoral anteversion). Then two years post college, I got into triathlons. Six months and after only two races, I completed my first Ironman distance triathlon. There was no such thing as bike fit back then and I had problems with my left weird leg getting comfortable right from the start and jamming up my hip-lower back. That winter, my back was already sore, so someone recommended I see an osteopath. He did manipulations on my si joint and I would feel good for a day or two and then it would hurt, so I started lying down an pressing on that si joint myself until it clicked and I felt better. By the end of my my fifth season doing triathlons I could barely stand comfortably and was clicking my back 10-30 times per day. I had my first PT to try to figure it out in 1988 right before my wedding because I didn't think I could stand comfortably through the ceremony. I was told to never run again.

I now know that was the si joint and if the ligaments remained stretched, then I have been fighting that unstable joint for over 30 years (and yes, that is what it always feels like even if I am riding my ElliptiGO). I think once I run and put all the weight on that one joint, my body tries to compensate and that is why everything falls apart when I run. It literally feels like it needs to be stitched back together.

This video even shows how an si joint dysfunction is a cause of a hip labral tear (particularly someone with a long standing dysfunction). Well if I have run for over 30 years with this (I have never been comfortable since 1983- but have controlled it better at times) then that may be a real good reason why I developed a labral tear.

Another video explains the symptoms of si joint dysfunction. Instead of saying, "You can have pain.." she could have said, "Jim has pain..." as it describes my last 30+ years quite accurately.

I will be curious about the Prolotherapy or anything else I learn along the way. So far, the best appointment I can get is in July! If anyone reads this and has comments or has had good or bad results from prolotherapy, I would be interested in hearing them.
Posted by Jim Hansen at 1:23 PM 4 comments: