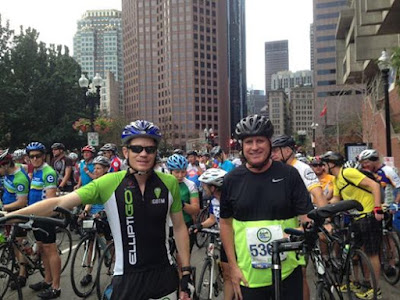 Sunday, I rode the Boston Hub on Wheels cycling event. We started at Government Center, rode up up and back on Storrow Drive then went south before returning to Boston for a fun 40 mile ride. It was a great way to see the city. I rode it with fellow ElliptiGO rider Andrew Warby. We had a lot of comments and questions about our ElliptiGOs before, during, and after the event.

Here is a growing archive of anything related to the 1986 Cape Cod Endurance Triathlon. It was the fourth edition of six Ironman distance triathlons held on Cape Cod. Boston Marathon race director Dave McGillivray was the race director of this fantastic race in the pioneering days of triathlon, 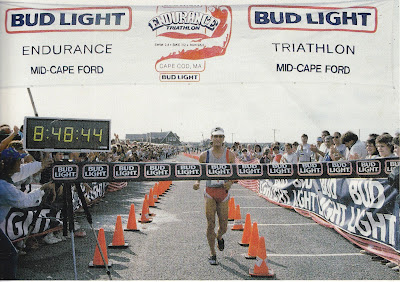 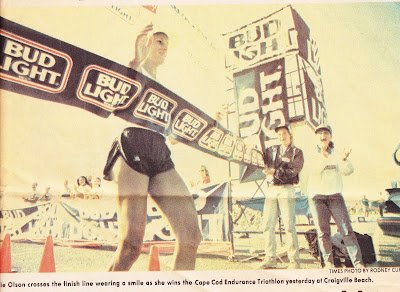 I remember how cold the Craigville Beach swim was and I had no wetsuit, but I did double up on swim caps. The newspaper said the water was 67-degrees. Just like the previous three years when I did the race I was thrilled to get out of the water without drowning or getting lost out at sea. 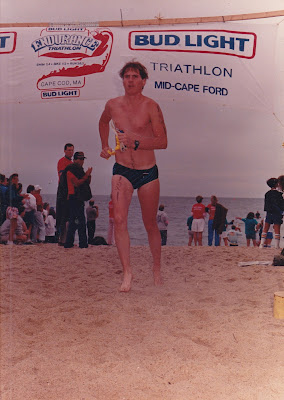 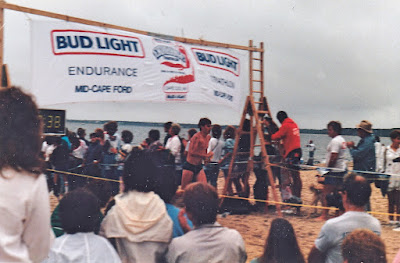 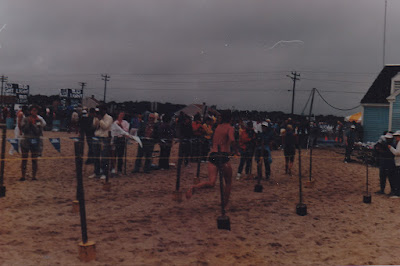 Because it was a rainy and overcast day, there was lots of traffic out on the 112 mile bike course out to Provincetown and back as people where shopping rather than spending time at the beach. I remember that it took many miles to feel warm again once getting on the bike. 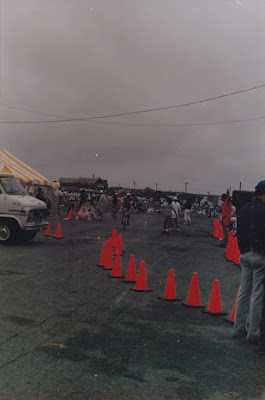 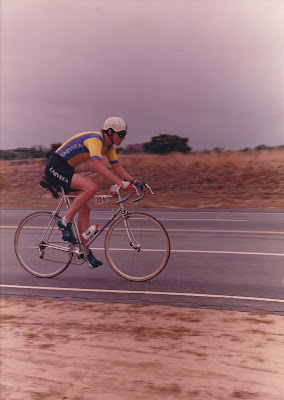 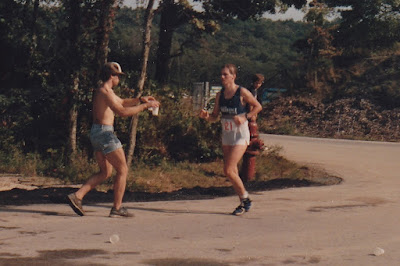 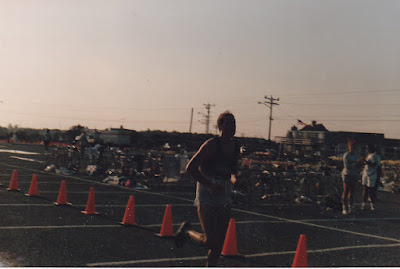 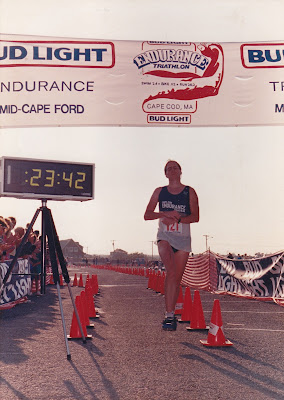 Here are the splits/not including transitions for the top three males and females.

Takeaways (since I don't remember much about this individual race compared to the others I did)
I thought my slower time by three minutes from the previous year meant I was slowing down as an athlete. This may actually have been a better race due to the conditions. Although I was a runner, I was a better biker when doing triathlons! I think I went out pretty hard on the run this year. I remember passing Colleen Cannon on the run and she was the prerace favorite and one of the best short course triathletes in the world at the time. She did later drop out on the run. I do remember trying to find a bathroom at around 8 miles into the run. Finally, a spectator said that I could use the bathroom in their house. They had a very long driveway through some woods to get to their bathroom. I am sure I lost at least 5 minutes from that detour, but I sure felt better once I started running again! 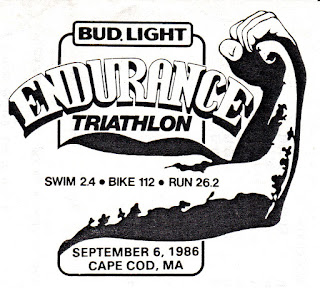 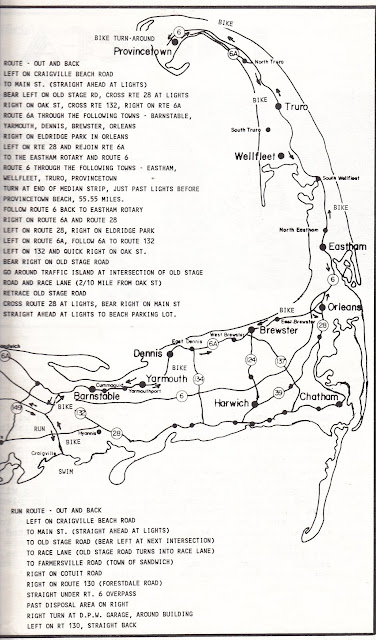 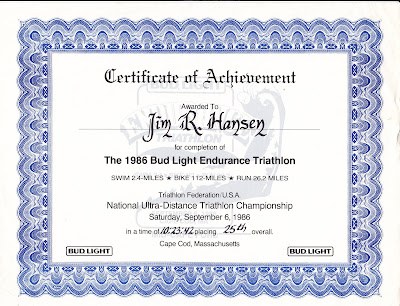 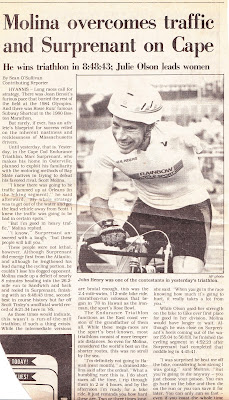 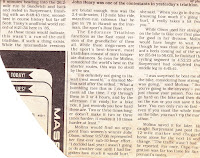 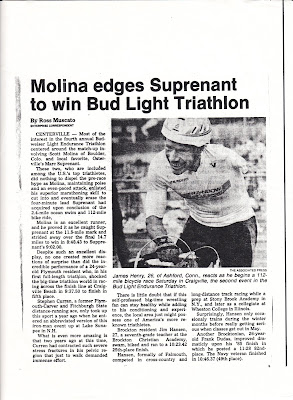 From the Pre Race Program 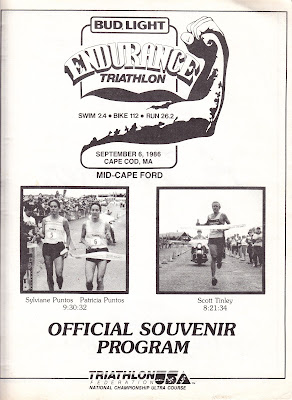 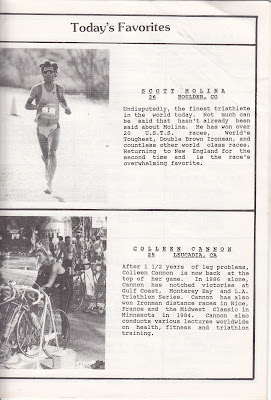 Posted by Jim Hansen at 1:02 PM No comments: