How to "Conquer Your Uneven Hips: Simple Strategies to Regain Balance and Structure in Your Central Joint"

I don't know if it can always be done and I don't know if I can even correct my own pelvic tilt that I have had since before I was a runner and that goes back to about 45 years ago when I "failed" the junior high scoliosis test and was sent to Boston Children's Hospital to deal with what they called a "leg length discrepancy". Last month the doctor who has given me prolotherapy injections ordered an x-ray and I read the results and I still have a tilted pelvis.


I am happy riding my ElliptiGO these days, miss running, but not doing anything to hurt my body. Every once in awhile, I try out a run, but the next day my hip is imbalanced and sore. I did a few runs in June, culminating with my longest run in well over a year: 7 miles, but that was just to prove to myself that I could survive a run so that I could get a run in when I went to Kenya in July. I did get a two mile run while I was in Kenya which was pretty cool. I was out in the country at the Joska boarding school and had fun running on the dirt roads and all the Kenyans would wave and cheer me on! One guy riding by on a motorcycle shouted out, "Why in the world are you running?" I retorted, "I'm in Kenya!"

I haven't run since. I feel a creakiness in my hip joint, but it is mostly the the ligaments and muscles around my hip joint that pull everything out of place and leave my whole left leg out of whack the next day after a run and my hip feels jammed up. So I ride my ElliptiGO, which allows me to shift my body around, but I am never fully comfortable in the muscles around my hips. They are rarely feeling balanced.

The good news is that the day after running 7 miles, I returned to my prolotherapist doctor and only after two visits she said my si joint was good and tight. I had a great response to this therapy. Originally, she had said that it might take four visits to even know if it would work for me and she said it would probably take at least six visits in all. I was good after two, which would save me a bunch of money as insurance doesn't cover prolo. So my si joint had improved, but I still feel unbalanced and out of whack three or four days a week. I asked about prolo in the hip joint. She used to do that, but would recommend PRP therapy instead, but that is out of my price range. I was curious about prolo helping the muscles and ligaments surrounding the hip joint. She said it might, but seems cautious about doing anything further, beyond ordering the x-rays. My report says: 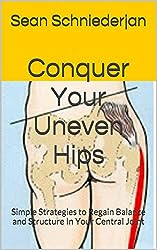 In the past, I have ordered many of  Sean Schniederjan's

ebooks on the hip and lower back. I have found that he has some good information and alternative exercises which he tells about in a straightforward way. I have found some of his movements helpful at times, but it was hard to pinpoint exactly which or what movement was best for my conditions. I noticed that he recently put out a new ebook Conquer Your uneVEN Hips: Simple Strategies to Regain Balance and Structure In Your Central Joint

and decided that would be another good one to try. Sean just doesn't repost the same exercises and movements that are sort of the "recipe" approach that everyone mimics and posts online, he explains things that may be a bit unusual, but that have worked for him. I have done a few of these exercises and they seem to really tire out the muscles around my hip that are always tight and I noticed my hips feeling a bit more stable since doing them. It will be interesting to see how these work over time.

Here is Sean demonstrating some of these exercises:

The beauty of the EllitpiGO is that not only can I move my body around to adjust for instability, but I am also using the handlebars to keep my body stable when not working in perfect posture (of course this can also be a bad thing). I have had a great summer riding. I hit a new PR for distance traveled in a week during August when I put in 350 miles. I led all ElliptiGOer on Strava around the world that week in mileage, just as I did last week although I only put in 215 miles. If you looked at last week's' leader board of over 200 riders, I also had the fastest average speed of all riders 16.2 mph except for one person who did 50 miles. Despite my inefficiencies and lack of stability over my hips, I can still do some great workouts on the ElliptiGO.

I get to test my summer training over the next three weekends when I do three separate centuries. Tomorrow I do my first 100 miler of the year at the Ride for Angels. The next Sunday, I will be doing the Charles River Wheelman's Fall Century Soughegan River Tour (and if the weather is great I might to another century the day before). In two weeks, I will be returning to the Seacoast Century.

One thing that I have found somewhat helpful over the past few months when my hip gets jammed and my leg goes out of whack is to use a band as a distraction for my hip doing exercises like these. My prolo doctor said these type of hip distractions were fine! The osteapath she has had me go to in the past, just pulls on my leg. I use the green Strong Assisted Pull-up & Resistance Power Stretch Band

The accent is half the fun here! 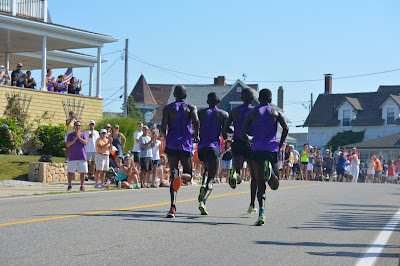 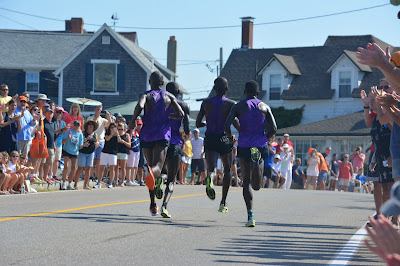 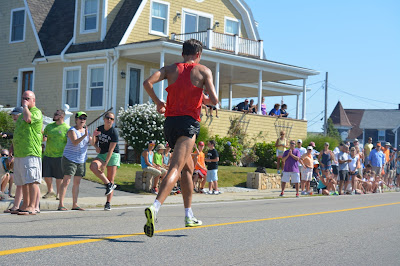 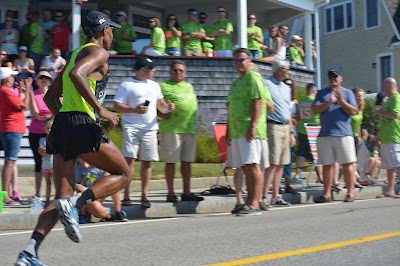 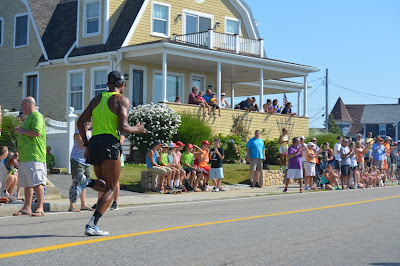 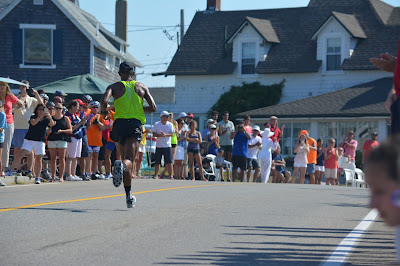