This video showed up on my Youtube recommendations today. It shows the finish of a road race in Holland. At first Kenenisa Bekele unloads a massive kick to go from fourth place to catching the leader. You can sense the speed of these runners due to the camera angles and positions. Then with 300 meters to go the leader unleashes his own sprint including some nice cornering on what looks like wet roads to demolish Bekele. It is a nice short video that gives a good idea of how fast these guys can run, but there was not much information on the race at all. Watch and listen to when the runner in first, Vincent Yator, rounds the corner. The announcer is speaking Dutch, but is sounds like Yator is "tomahawking" around the corner. I am sure that is not the Dutch word, but he he really tomahawked Bekele here anyhow!

I had to do some internet sleuthing to find out when and where this race took place. I found a longer version of the race, but it is all in Dutch (I think). It was a 4 mile road called the 4 Miles of Groningen
and it was held on October 9, 2011. Here are the results and a Letsrun thread on the race.

The first four finishers were:

Here is a longer version of the race and comments by Bekele and Yator in English.

Sometimes it is nice to be reminded about how fast these guys can actually move!
Posted by Jim Hansen at 9:40 PM No comments:

Jeff Bauman: Alive and Living in the Moment 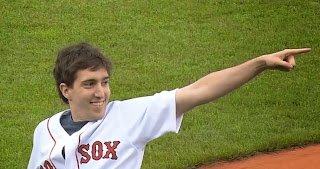 Here is a nice New York Times article and video on the recovery of Jeff Bauman: Alive and Living in the Moment. "Jeff Bauman lost his legs in the Boston Marathon bombings, and his easygoing manner has helped him through much of what he has encountered." The Costco where Jeff worked is the one in Nashua, the city where I live.

Mad biking skills: Road Bike Party 2 Video: now someone must try this on an ElliptiGO!

This is an awesome video of some pretty intense biking skills as three of the sorld's most talented trials riders do their moves on a road bike. Martyn Ashton, Chris Akrigg and Danny MacAskill are the three guys putting on a show. My favorite is the yoga ball bounce.

Posted by Jim Hansen at 5:21 PM No comments:

Sort of got racing again for the first time in months!

The last month was pretty uneventful, then Thanksgiving happened, before I went back to a boring routine again. Unfortunately, I have got my second major coughing thing going on. I had it for a few weeks. It went away for a few weeks, and it came back again after too much time in the cold Thanksgiving morning. It makes sleeping and training difficult.

Usually, I get in an hour of exercise per day in my "training dungeon". Most of it is on the ElliptiGO and then I may run on the treadmill for 10-15 minutes. Occasionally, I might row for 10 minutes and  call it a day after an hour of working out. This month I am also doing a 10,000 kettlebell swing challenge and am slowly building up how long I can swing as I don't think I have done more than 100 swings in a day since I last did the challenge almost 3 years ago. I need to do about 333 per day to hit 10,000.

Thanksgiving day, was my big workout day. I ran my first race since back in June when I did the Hollis Fast Downhill 5k and I fell out of love with running. It still hurt to run (slow) and I was limping for two days after that race. A week later I got my ElliptiGO.

I wanted to run the Great Gobbler Thanksgiving race as I have done each year they have held it (this year was the 11th). I decided that I was just going to run slowly since I have not run that far since June. The goal was to finish without limping or pain. I also signed my son up and we ran together (a first since I probably paced him in a couple races when he was 5). He is now 23.

Then I got an invitation to do a 50 mile ElliptiGO ride that morning with Dave Dunham. He would be starting at the same time as the race. I had already paid my money so I made an alternate plan.

The morning was very cold (in the 20s and windy). Andy and I jogged along mid- pack. The first mile was about in 10:20 and I laughed that we wouldn't even break 30 minutes and I didn't care!

My hip flexor was tight, but I wasn't pushing things and ran quite comfortably. We finished in around 30:15, but the chip time turned out to be 29:59 for me and Andrew beat me for the first time in a race by one second. We then flew out of there and I drove home to pick up my helmet that I forgot and got out to the Nashua Rail Trail (about 3 miles away) where Dave had already headed out on his ElliptiGO ride. The plan was to go from Nashua on on the rail trail to Ayer, MA where the trail ends and head home and do it again.

I was really concerned about the cold and wind, and wasn't sure how to dress, but I ended up nailing it with 3 pairs of socks and gloves within gloves. A baklava for the head and face turned out to be a must. I figured I would ride out until I saw Dave and ride back with him to do the second loop.

I was comfortable, except for cold fingers the first 6 miles when I saw Dave coming the other direction. I turned around and rode back to Nashua with him. Except for the ElliptiGO Classic race and then the group ride the day after, this was the first time I had ridden with another ElliptiGO rider. Dave's toes were really cold. He ran 10 miles on the rail trail before heading out on theElliptiGO. He decided to do 50K instead of 50 miles. He rode out on his second loop to get the needed miles in and then turned around to head home. I realized I was warm and comfortable despite the wind and temperatures so went out to Ayer and back. I got in 37 miles and realized that if you dress correctly, you can ride in some pretty cold temperatures! I also learned if you do a lot of miles on Thanksgiving morning, you feel better about the upcoming feast and make no excuses for a long afternoon nap.

Yesterday, I tried out a new Looxcie HD Explore on my ElliptiGO. It is sort of like a GoPro camera in that you can mount it to a bike. I guess the main feature that sets it apart from other cameras is that you can live stream from your camera if you have a cell phone. I don't so I just wanted to see how it works. I learned that you have to make sure it is secure. In the video below, it is not me having an accident, but that is just my camera falling off its mount. I didn't snap it properly in place.

Here are my Great Gobbler Race results over the past 11 years:

Well, it should be easy to improve next year, but I said the same thing in 2012!

Posted by Jim Hansen at 8:57 PM No comments: 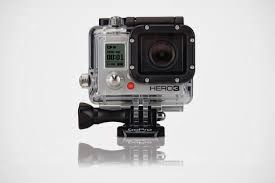 I know I have been wanting to try a sports action cam like the GoPro HERO3 video camera. I recently won a Looxcie HD Explore Pack

video cam and it arrived yesterday. I haven't had a chance to use it yet as it I need to get a memory card. I am making this post because I just saw a super deal on Amazon for the Polaroid XS100 Extreme Edition HD 1080p 16MP Waterproof Sports Action Video Camera With Full Mounting Kit

and I am going to buy one for my son to play around with. He just graduated from college with a degree in communications and his specialty is video recording and editing. He works on many sides jobs with his video skills and just bought a high-powered video camera. In the summer, he did borrow a friend's GoPro to take water shots.

is currently on sale on Amazon for $99 down from the original price of $249.00 and the reviews compare it favorably to the GoPro cameras. It also has all sorts of mounting kits and is waterproof. Someone may want to check it out at this price.

I know I can't wait to use my Looxcie camera on my ElliptiGO and will someday post a review and videos. If you have wanted to try taking videos while doing action sports this might be just the right deal for you.

Here is one of the videos Andrew made for a summer adventure camp and the water shots were made with a GoPro.


You can no longer win a Looxcie HD Explorer Pack from Looxcie. They have a winner every day. That is how I won., but you can win another Looxcie camera here. Just enter every day and who knows what can happen.

You can also enter every day to win a GoPro camera and everything they make from GoPro here. Every day they pick a new winner. I have not won yet and it may be hard to win as this is a worldwide contest.

Posted by Jim Hansen at 5:24 PM No comments:

In 2011 I went on a trip to work in the Mathare Valley slums of Nairobi, Kenyan. I just signed up to to the trip again this summer. At the end of the trip we went on a Safari on the Masai Mara. We saw these Cheetahs up close from our van. The final scary shot was by one of my friends. None of our group was in the jeep. 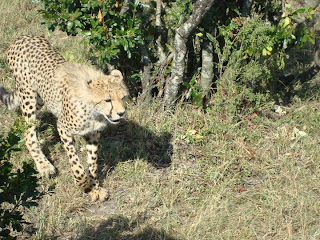 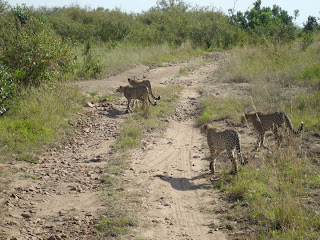 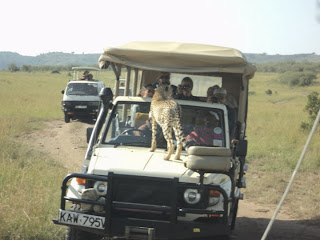 Posted by Jim Hansen at 6:19 PM No comments: