Posted by Jim Hansen at 9:21 AM No comments: 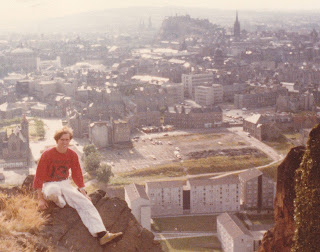 For the third year in a row I made sure that I was watching the Great Edinburgh XC race in Scotland on Saturday morning. Number one, it is a great race to watch during the winter season: number two, they always have a top notch runner racing: and number three, the landscape and course is both beautiful and rugged. I fondly recall Edinburgh from my visit there in 1979. Having watched the two previous editions of this race, I knew that Garret Heath owned the course and I was interested to see how he would do against Mo Farah. I had a strong suspicion that he might just get the victory.  The men's race was exciting and Garret Heath did pull off the upset for his third win in a row. The previous wins were on a shorter course.

Here is a video of the last half of the men's race. You can watch full race replays here.

Jae Gruenke at the Balanced Runner has an interesting discussion about the running form of the top athletes at this race and some slow motion video that she recorded. You can check it out here.

Here is her video of the top men:

A story from the summer involves Garrett's brother Elliot, who is also a top level runner. I noticed on the ElliptiGO Stava mileage board in August that Elliot was posting some massive and hilly rides on an ElliptiGO (must have been injured) He did a couple of weeks of over 250 miles each in August, if I recall, and may have led for most mileage on an ElliptiGO for those weeks. I was already anticipating doing a 300 mile week and I was checking to see if I could maintain my ElliptiGO mileage lead throughout the week. You never know types of massive rides an athlete might do each week and it is usually on the weekend. I got up over 300 miles and had a good lead, but Elliott wasn't posting so I didn't know if he would hook up his computer at the end of the week and beat me. I ended up with 350 miles for an easy lead. Elliot never posted much mileage that week. He never knew I was competing against him! All that I knew was that if I was GOing 350 miles, I did not want to rate second in total miles!
Posted by Jim Hansen at 10:37 PM No comments:

Outside Online has a great article on champion cyclist Ned Overend who has been at it for years
Ned Overend Is the Champion Cyclist Who Never Grows Old. Definitely read the article for all its wisdom and to hear about all of Ned's accomplishments. Also watch this embedded video where Ned gives his 10 Commandments for Lifelong Fitness. Here they are, but watch to appreciate them better. 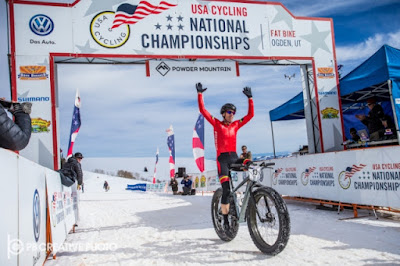 Here are some interesting quotes for the article:

Ned has never had a cycling coach. “I don’t like structure,” he says. He doesn’t wear a heart-rate monitor or use a power meter. He relies on what he calls “perceived effort”—essentially going by feel. He does not appear to have a VO2 max that’s off the charts; he just knows how to train smart.


Ned credits his running coach in high school, Doug Basham, for emphasizing high-intensity, low-volume workout programs. (Besides all his cycling achievements, Ned was a 2:28 marathoner and Ironman triathlete).


“Ned lives what I preach,” says Joe Friel, 72, masters coach and author of Fast After 50. “He’s always been a fan of short workouts with high intensity.” Whittled down, the recipe for success as a geezer is this: 1) Decrease volume and increase intensity. 2) Recover, recover, recover. 3) Don’t stop training, ever; you can retain much of your VO2 max as you age, but once you lose it, it’s a lot harder to get it back. “When you’re 60, you can’t take a month off at the end of the season, have a good time like younger athletes can,” Friel says. “There’s an accelerated loss of fitness. Take Greg LeMond, for example—he just quit. Hung it up. Ned never did that.”


Drum suggests training 10 to 15 hours per week, tops, for athletes over 40. With that recipe, Ned’s at no risk for overtraining syndrome. He pedals hard for an hour and a half, rarely much more, three or four times a week, and does easy rides on off days. In the winter, he mixes in nordic skiing and weight lifting, although the fat-biking season has taken time away from cross-training. “I tried yoga, but I didn’t have the focus for it,” Ned says. “It’s amazing how little discipline I have for simple stretching and strengthening exercises.”

Posted by Jim Hansen at 3:58 PM No comments:

I do variations of The Founder just about daily as it is a great exercise for my hips and lower back and helps my body to learn to move better. Here Foundation Training founder Eric Goodman gives a brief look at some of the Foundation Training basic moves with professional surfer Lakey Peterson. The second exercise seems more to be for surfers, but directions for the squat, Founder, plank, and the 8-point plank are easy to follow.

You can find other posts on Foundation training here:

The Founder
How to Improve Core Strength: Foundation Exercises

Foundation: Redefine Your Core, Conquer Back Pain, and Move with Confidence

Posted by Jim Hansen at 9:56 PM No comments:

The good news about this year is that I started what I hope is a small running comeback at the end of 2015. My heart never strays far from my love for running, but I have developed one rule since my many painful attempts at coming back post hip surgery in 2011. That rule is to not run if it leaves me limping the next day or sore in my hip joint. Over the past two years, I keep making attempts and each attempt would end up with me limping and frustrated. In 2014, I only totaled 88 miles of running and this year the grand total was only 66 miles. I did hit two running goals this year. I ran a 7+ mile run on my old favorite route (I could do it, but ended up limping), but that was to get my mind set to run while I was in Kenya and I did do a 4 mile run through the Kenyan countryside in July. Other than that my running was going nowhere. That is until I came up with a new thought and plan. I wondered what would happen if I ran uphill on the treadmill? So a couple of weeks ago, I tried it out, setting the treadmill at 5% and then running. My stride is shorter and my cadence is slower going uphill and my joints don't take as much of a pounding. I found I could do two to four mile runs like this easily (but slowly) and for the past two weeks I did 1/3 of my mileage total for the year running two double digit weeks (11 miles and 10 miles). I get tight the day after these runs, but not in the hip joint so all is good. I hope to continue this uphill running while increasing the pace and lowering the elevation. I did do a four mile run outdoors last week that I survived according to my rules.

Who knows where this will lead? Might I do some snowshoe racing this winter, uphill mountain runs, Mt. Washington, regular 5ks? Another reason I am being more successful at this comeback attempt is I am learning which stretches, band distractions, and mobility drills work best on my hip and other misaligned parts of my body and when they work best.

On the ElliptiGO front, I noticed last night that I needed 11 more miles to hit 6000 miles for the year. I just had a tooth extraction and implant under anesthesia earlier in the day, but I hopped on my ElliptiGO (on a trainer) and got those 11 miles in. That is 215 miles less than the previous year, but I did have two bouts with kidney stones and the past month I have been dealing with a tooth infection and those have slowed down some of my riding. I have totaled over 15,000 miles on my ElliptiGO in the 2 1/2 years I have owned it. Can I mention what a great machine it is!

I rode a total of 350 miles one week in August and did three century rides in September and won the ElliptiGO Spring Classic after having one of the most thrilling battles in all my years of racing! I have now won all three EllitpiGO races in New England over the past three years. It has been mentioned that this year's Spring Classic will have a new location and might be over the 1/2 marathon distance. This year I was also honored by ElliptiGO as one of their Riders of the Month (interview here). I love my ElliptiGO for allowing me to keep moving, training, and racing even though I can no longer run!

This year, I hope to have a great race at that new ElliptiGO Spring Classic, hit another 6000 ElliptiGO miles, get under 6 hours on my ElliptiGO for 100 miles, and to see where my running comeback takes me (my goal as of now is just to run over 10 miles/week for as long as I can without any hip problems and see what happens). I hope everyone else had a fulfilling 2015 no matter what your sport and for those fighting injuries: never give up!
Posted by Jim Hansen at 12:59 PM 2 comments: