Red and white candy-striped Dolfin shorts used to be considered cool by some runners and "clown pants" by others. Here is Frank Shorter wearing them and leading the AAU Cross-Country Championships in 1973. He beat Doug Brown by 3 seconds despite an injury earlier in the year that caused him to miss a great deal of training. Not only does he wear the striped Dolfin shorts, but he is also donning the iconic Florida Track Club shirt. 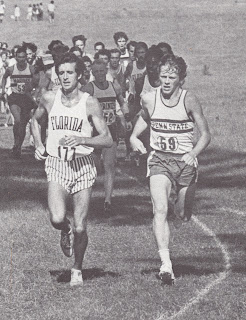 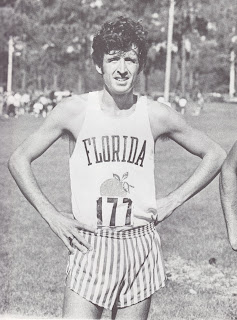 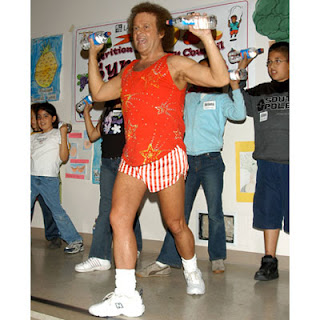 ...and then this happened and no one wanted to run in Doflin striped shorts again!

In this comprehensive Gary Cohen interview with Jeff Galloway we learn a bit about the origins of the Dolfin shorts. Teammate Danny Henderson (pictured above) worked at least one summer a Jeff Galloway's Phidippides running store in the Atlanta area, so it is no surprise that he was wearing the shorts in his marathon victory.