A Swimmer's Way of Doing Intervals 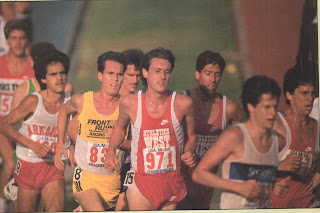 One of the most unusual ways of doing track intervals is the way former teammate Danny Henderson did some of his post-collegiate training. Danny was a teammate of mine at Wheaton College and he was an Div. 3 NCAA Champion in the 5000m, 10,000m, and X-C. He won the NCAA Div. 3 XC championships in 1978 and then 2 days later finished 10th in the NCAA Div. 1 Championships (in those days the Div. 2 and 3 champions were allowed to compete at the Div. 1 Nationals). After graduating from Wheaton, my recollection is, that Danny trained with the Wheaton College swim coach Jon Lederhouse before joining Nike's Athletics West and moving to Indiana to train with Jim Spivey and coach Sam Bell. Danny would eventually run a track 5000m time of 13:23:57. He still holds the Div. 3 5000m best time of 13:50.

Here is an article from the April 1986 issue of The Runner magazine on Dan Henderson in their "The Young Lions" feature. 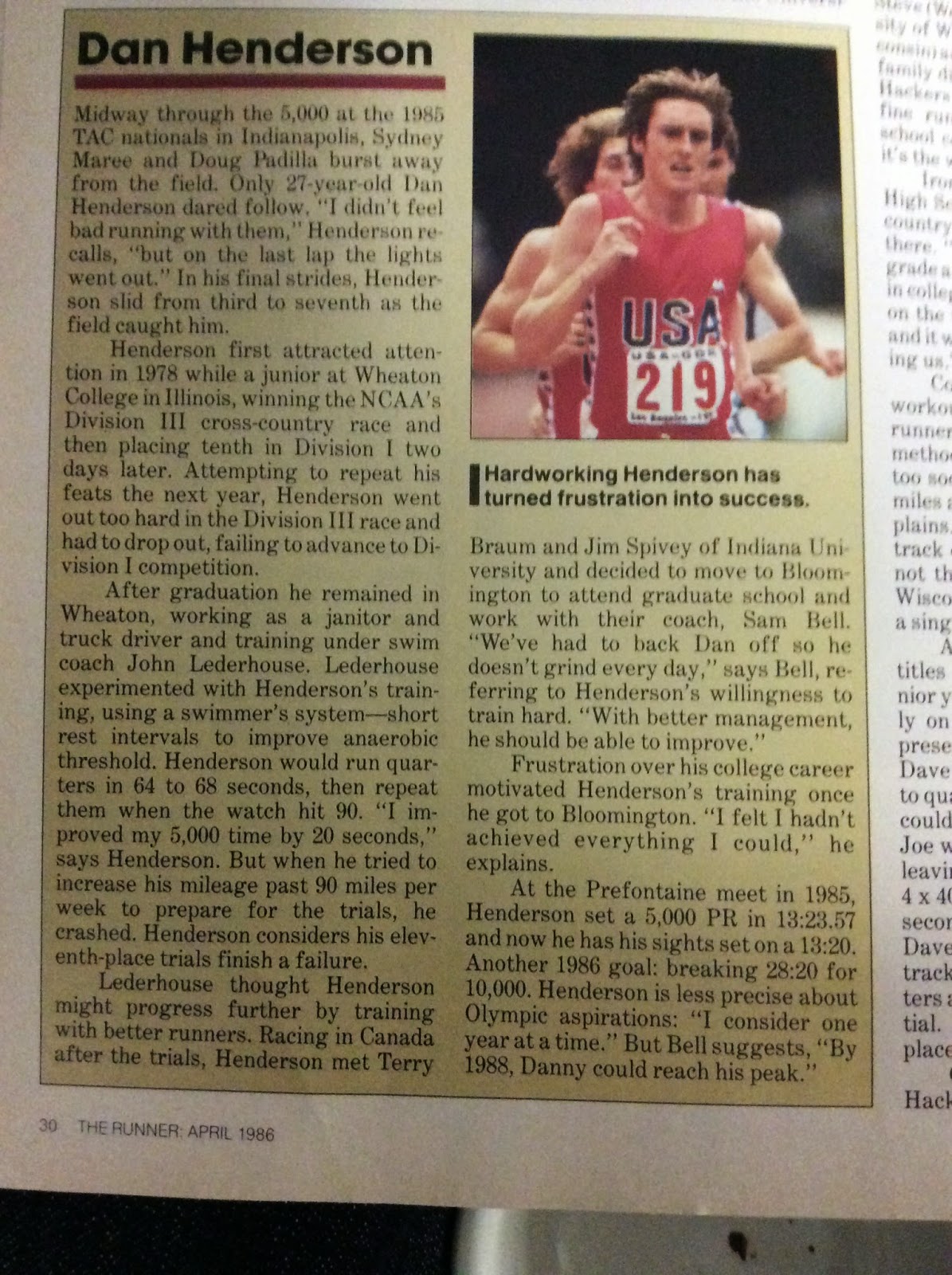 During my third year of doing triathlons back in 1985, I decided it was time to learn how to swim properly. I joined a swim team at Tufts University that had a weekly workout that included (in another lane) some of New England's best triathletes. This is when I learned that this is how swimmers do their intervals. No matter how slow or fast you go, you start the next interval at the appointed time. I believe I only ran one track workout using this concept. Many years ago, at a Gate City Striders workout we did 12 X 400m starting every interval at a set time. It was a very short rest: I was getting less than 30 seconds. It was one of my best Strider track workouts ever. I was doing them in around 75-78 seconds and getting a longer rest than anyone else! 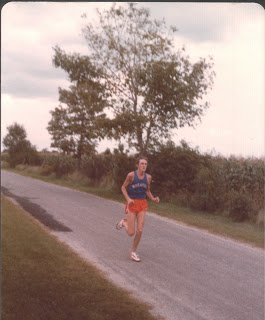 This is the form of a champion runner. 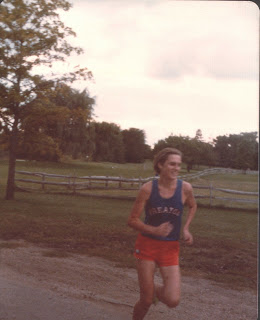 This is the form of an also-ran from the same race. I have been working on my arm swing this week. Looks like I should have worked on it 30 years ago!

I got 8 days in a row of running before Wednesday's track workout. I showed up at the track and was very tired. I had a little tightness on my right soleus muscle. I was having a hard time keeping up on the warm-up to do 5 hills.. I jogged 3 and stopped. We ran back to the track to do a timed 2-miler. I had the feeling that due to my sluggishness, I might have to drop out on the first lap. I decided to give it a go. I took the lead right away to see if running faster would wake-up my legs. I was surprised I could even run at the pace I was doing. After one lap, I drifted back about 8 yards, but then worked my way up to the lead four runners, where I stayed for a mile (5:51). Unfortunately, my lower leg got tighter and tighter and I started limping a bit so I slowed down and stopped so as not to aggravate the injury. I took yesterday off. Today I went for an 8 mile run. I still had the tightness in my soleus but otherwise I felt good. After 6 miles it started tightening up even more. I knew not to run any further so I had to walk 2 miles home. Tonight the soleus and calf are as tight as can be, there will be no July fourth race tomorrow. I hope I didn't damage things more, by running today.
Posted by Jim Hansen at 9:53 PM