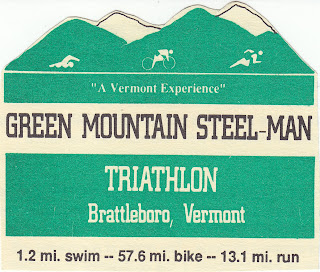 The Green Mountain Steel-Man Triathlon was a tough half-Ironman event held in Vermont. I completed the race in 1986 and 1987. I even broke my 11 year consecutive Falmouth Road Race streak to compete because I was so heavily into triathlons. The swim was held near a dam. In 1987, if I remember correctly the water was low that as you swam you would touch some plants and mush on the bottom. The bike was as hilly as anything. In 1986 Kenny Souza showed up. Kenny could bike and run with the best triathletes in the world (he was a multiple champion at bike-run events) he just couldn't swim fast. He didn't pass me until a couple of miles into the bike (and I was not much of a swimmer myself) and then he went on to win the race. Before doing the 1986 race, I had seen a photo in a magazine of, I believe, Scott Molina riding his bike down the mountains near Nice, France. He had his belly on the handlebars and his nose just about on top of the front wheel with his butt in the air. I decided to try this position on the long downhills. Luckily the roads were nicely paved as I shot down the mountain. My legs were shaking, but the wind on either side of me kept me stable. I was "floating" past all the other cyclists. At the end of the race, the maximum speed on my bike computer was 62 mph. That was one of the most memorable racing moments I had in triathlon as well as one of the most unsafe!. The run was on dirt roads. I also remember lots of Ben and Jerry's ice cream. Here are a few pictures from the 1986 version of the race. I remember thinking that this race was just as tough (in its own way) as the full Ironman distance Cape Cod Endurance Triathlon. 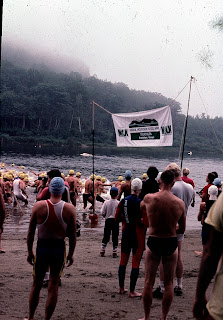 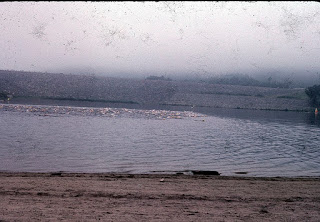 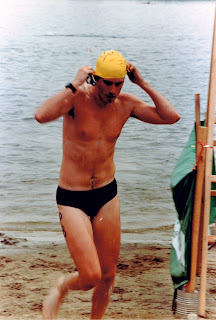 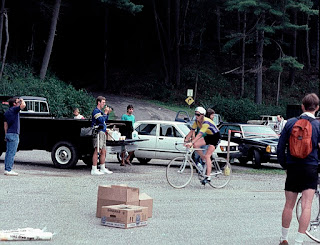 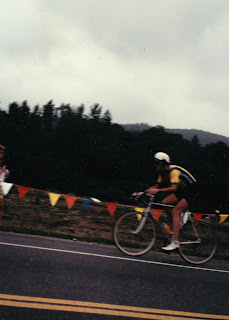 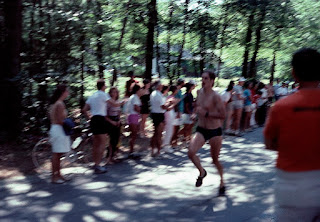 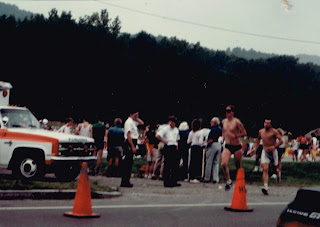 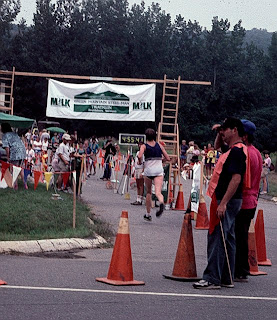 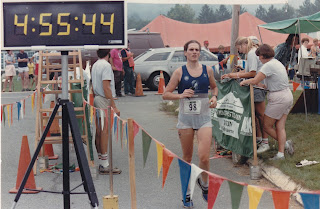 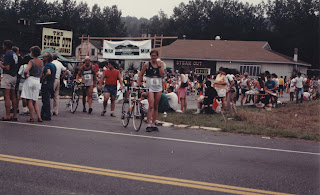 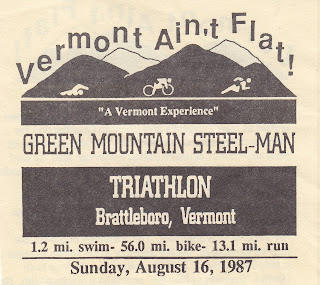 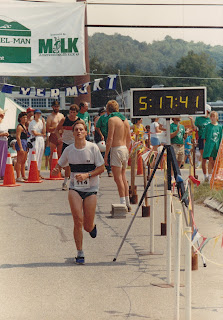